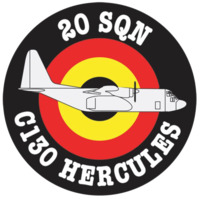 Friday 5th of May 2006 : CH-02 was destroyed during a fire in hangar 40 at Brussels Airport. Together with 3 other aircraft it was damaged beyond repair.

Monday 15th of July 1996 : CH-06 crashed at Eindhoven airport during approach. 4 crew members and 30 passengers where killed in this terrible accident. 7 people survived this crash.

Also this aircraft was damaged beyond repair.