Between March 27 and the 7th of April 2017 a large exercise was held at Leeuwarden Air Base in the Netherlands.

This exercise was called 'FRISIAN FLAG 2017'.

Exercise Frisian Flag is an advanced aerial training organized by 322 'TACTES' TACtical Training Evaluation and Standardization Squadron. This unit is responsible for the organization of Frisian Flag.Leeuwarden AB has hosted Frisian Flag since the exercise was created in 1992.

7 countries joined this massive exercise above the North Sea, Netherlands, Germany and Denmark. They are able to fly above an area that covers 210 by 320 kilometers (or 120 by 180 nautical miles).

Frisian Flag is based on similar exercises in the States like Red Flag. (successor to the previous 'COPE THUNDER' exercise series in the Western Pacific and Alaska).

USAF started in the 70's with such exercises at Nellis Air Force Base.

Also known are 'Maple Flag' in Canada and 'Anatolian Eagle' in Turkey.

Participating aircraft from several countries airborne twice a day. The purpose of this exercise is preparing for any conflict in the world. Every nation speaks a different language and it is important that everyone speak in the same way during conflict situations. During the daily missions pilots receive a defensive role or attack role. 'Team Blue Air against Red Air'.

At the same time every pilot receive another mission based on the capacities/specifications of that particular pilot and aircraft. Missions flown during Frisian Flag include air defense missions, offensive missions, missions to protect other aircraft and missions carried out to eliminate static and dynamic targets on land or at sea.

Most of the participating aircrafts are multi-role combat aircrafts. Multi-role combat aircrafts are intended to perform different roles in combat. More roles can be added, such as aerial reconnaissance, forward air control and electronic warfare aircraft. Attack missions can include subtypes like air interdiction, suppression of enemy air defense and close air support. An example of a multi-role fighter is the General Dynamics F-16 'Fighting Falcon' used during Frisian Flag by different nations.

Also this year (3th year in a row) the Air National Guard (USAF) participate with F-15C 'Eagles'. The Air National Guard (ANG), also known as the Air Guard, is a federal military reserve force.Air National Guard are organized and federally recognized as 'federal military reserve forces' in each of the fifty US states, the Commonwealth of Puerto Rico, the territories of Guam, US Virgin islands and District of Columbia of the United States. The 122 Expeditionary Fighter Squadron, comprised of approximately 300 Airmen from the Louisiana Air National Guard, and F-15's from both the Louisiana and Florida ANG deployed towards Leeuwarden Air Base. Those Eagles will stay for 6 months in Europe and will redeploy as part of a TSP package to regions throughout Europe. (TSP = Theater Security Package) 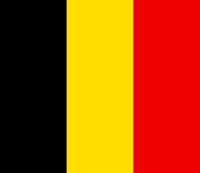 This is a twin-engine, canard-delta wing, multirole fighter.

The Tornado GR4 is a variable geometry, two seat, day or night, all weather attack aircraft, capable of delivering a wide variety of weapons. (GR4 is an improved version)